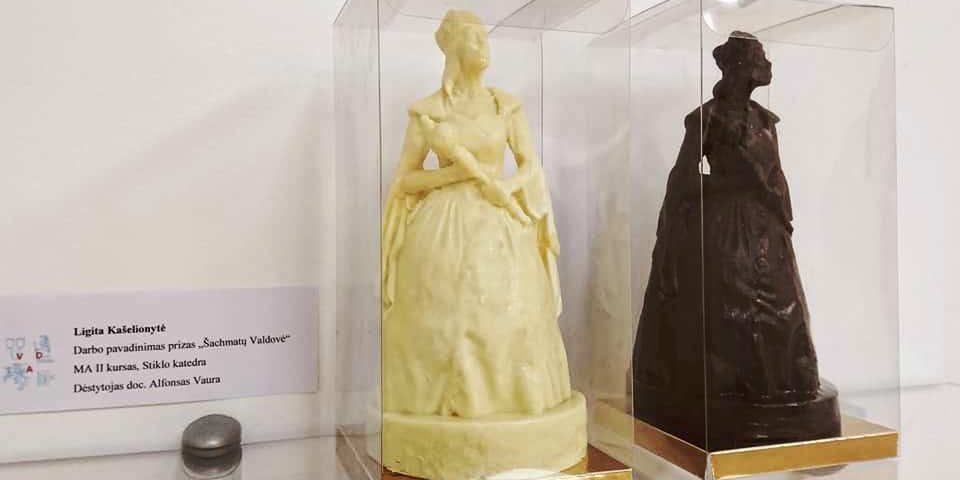 Chocolate and engineering. Two things that are incompatible, you say, right? But the reality is a bit sweeter. Smart Factory team has received a custom order – to make a 3D printed figure – a Chess Queen, which later would be used to produce a chocolate product. All this is a creative engineering study work by the master student Ligita Kašelionytė from Vilnius Academy of Fine Arts (Kaunas faculty).

The process started when Ligita, dressed in a Queen’s suit, was scanned by a structured light scanner Artec Eva. The result – a virtual student 3D model. Later, the figure model was printed from the PA2200 plastic using 3D printing SLS technology. This innovative and high-precision technology has allowed to create 18 cm height product of homogeneous structure.

Finally, according to a 3D-printed chess figure, the student took a negative form into which chocolate was added. After this sweet production process, a scanned and printed queen was received, only this time – chocolate.